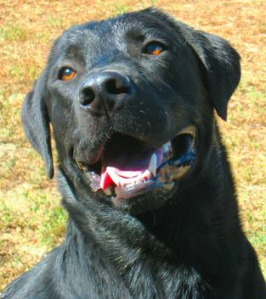 I’ve got a strange, but true, shaggy dog story for you. I know it’s true, because it really did happen to me. It’s not necessarily supernatural but it’s odd nevertheless. I realise that I’m a writer, so it’s my job to make something sound exciting. However, on this occasion it does not take any imagination. I am writing the events down exactly as I remember them.

It all happened when I was on the travel requirement for my classics degree. Myself and two companions had back-packed the first couple of weeks round Greece and then moved on to Italy. We crossed on an overnight ferry to Bari (just above the heel) and from there to Pompeii. It was here that the strange events took place. We were camping across from the ancient site and had woken up early to visit Pompeii.

Outside the site there are a few stalls and places to sit and have breakfast. We had just finished and got up from our seats. We were moving through the yard between the few stalls when – it all seemed to happen so quickly on one hand, but time slowed down on the other – about four wild dogs appeared from nowhere and made a circle around me, snarling. My companions had managed to duck out of the situation and made a dash for it.

I stood, terrified. In front of me was this half-blind, slevering (Scottish!), cross-collie. It had me in its sights. I really believed, knowing that I was in the middle of a wild pack, I was done for. I was going to get torn apart by wild dogs outside Pompeii. This was the end of the line for me. As that thought settled unnervingly, I began to be aware of a new sensation. Behind my right leg, I felt this low rumble and the heavy breath of an animal. It was right behind me. With a sinking heart I looked slowly and warily over my right shoulder, and down towards the ground. There, out the edge of my eye, I could see this big brute of a dog. It was large, black and muscular. I tried to remind myself not to feel fear. I’d heard animals smell fear. As I slowly turned back to keep my eye on the half-blind collie in front of me, I felt the rumbling growl grow louder and louder. It became deafening.

Before I knew what was happening, the large black dog head-butted me behind my right knee. A stall holder who had been watching, horrified, ran out and caught me before I landed on the ground. As we both watched, the large black dog overpowered the other dogs and chased them all off. It had been protecting me. They all ran off into the ancient site.

My companions and I regrouped. We visited the ancient site of Pompeii – which I’d recommend if you’re in the area – and then got a bus to Naples after lunch. Unfortunately, my day didn’t get any better as I was mugged by two guys on a motorbike who stole my passport, bank card and the cash I’d just taken out. My friends took me for dinner to Sorrento, after we reported it to the police. I was feeling very miserable as I walked with them back through the campsite when we reached Pompeii later that night, but just then I was joined out of nowhere by the large black dog who had rescued me from the pack of dogs that morning. Much as I love animals I tried to get him to go away, but he wasn’t having any of it! My friends found it amusing. I was being protected by a strange dog, for no apparent reason other than just because.

What my friends didn’t know, and what may be of no particular importance whatsoever, is that I am a devotee of Hekate and her totem animal is the black dog. I’m also a huge animal lover and do what I can to help any animal I can. Maybe my canine friend sensed this affection I have, but, for whatever reason, he guarded me all night. When my friends had gone to sleep, myself and my self-appointed guard dog sat outside the tent. It was well after midnight. He kept me company as I smoked a cigarette – I’ve given up that bad habit! – and I tried to explain to him that I didn’t really have anything to give him except a peanut biscuit, which he gratefully accepted. I should have come up with a better name for him, but I decided to call him Gringo. It was a name of affection my brother used to use all the time for ‘foreign’ friends. It came to mind. That was the only reason I used it.

Gringo was still there when we got up the next day. He sat and watched us pack up our tent, and then he walked us up to the train station, marching closely by my side, barking warnings at every single car and person that passed by. He seemed quite ferocious to everyone else, except me. To me, he was only ever gentle and affectionate. Once he’d seen me safely to the station, I watched him run off into the ancient site of Pompeii, with mixed feelings of both happy affection for a chance friendship with a special animal who had saved my life and protected me during the night, but also deep melancholy, knowing that I’d never see him again.

I still feel a little bit emotional thinking about Gringo as I write this, and I was reminded of him today when the mythology of the black dog came up in conversation. There have been various accounts of more supernatural black dogs appearing, often with not as nice tales as the one I’ve just recounted, but I’ve always believed that fear distorts the truth of many supposedly evil things. There was something very powerful about Gringo, which was quite unnerving, I have to admit. Nevertheless, he was there to protect rather than harm. Well, he was there to protect me at least.